Vitiligo: Return Of The Patch 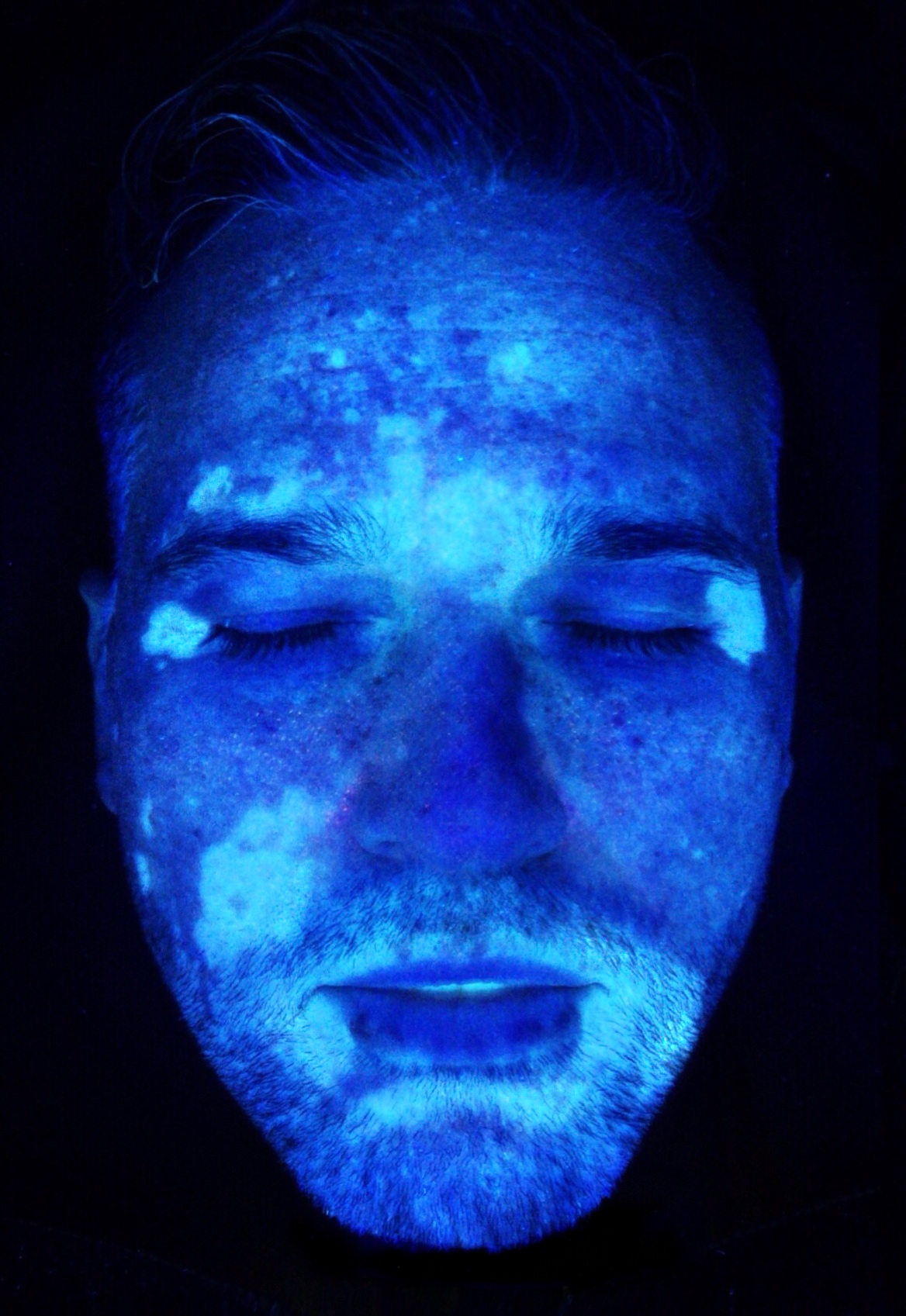 I thought it was time to revisit my vitiligo blog from last year. I really did have an amazing response and what really surprised me was the amount of people that contacted me after reading the post. I did say that if you wanted to get hold of me I would respond to all the emails, messages, tweets, what I didn't realise was that was going to take me nearly two weeks ha ha. It's been an interesting year so I wanted to update you all on my journey and to also get some advice and information from a medical professional, which the last post was missing.

For many vitiligo sufferers the summer months are where we are at our most self-conscious, a new tan accentuates the condition and new patches are noticed upon studying in the mirror. This year I've seen a dramatic increase in the amount of pigment loss on my face, I'm not sure why but this year is different to the previous 41 but in the 10 years since it first developed on my face this last one has been particularly significant. I really don't know why this is the case, I guess we all wish we had the answers.

So, here's where I am with my personal situation, I no longer cover my hands and only on the odd occasion do I cover up on my face. I'm definitely in a different place from last year, I still receive lots of messages asking for advice, and I feel very privileged to be able to offer my point of view, sometimes I think people want to feel that its ok to be different, and even though they may know it deep down you sometimes need to hear it from someone else. The biggest revelation for me has been the online community for vitiligo, especially on Instagram, I've made many friends and we support each other, stick a #vitiligo into your Instagram bio or post and watch the likes and follows come in, I've found this resource to be amazing for me, purely due to the fact I see on a daily basis people loving the skin they are in. check out @livingdappled @Laur_elyse @vitiligo.beauty @vitiligoxbeauty @vrfoundation_ @thevitiligosociety @cantcuredopeskin @bxsqvi

The last year has been pretty crazy, the blog opened up many doors and I was able to raise awareness of vitiligo on a huge scale, appearing on the ITV Lorraine sofa, which was a nice change from the kitchen to filming a documentary for BBC (see links at the bottom of the page) to getting nationwide coverage in the press. Then I saw the inspirational Katie piper showcasing vitiligo on her C4 series 'Face to face', the condition was finally getting some airtime and recognition. 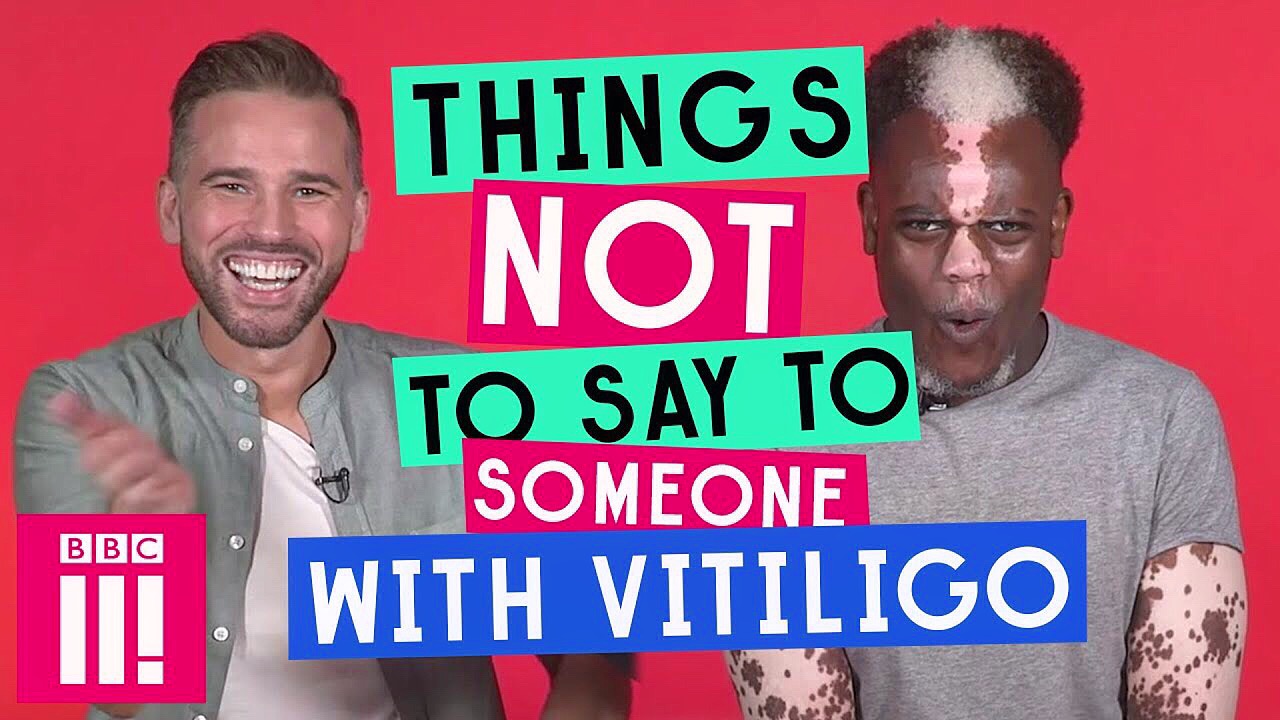 I'm absolutely delighted to be teaming up with Dr Zoe Williams on this blog, Dr Zoe is the resident GP on ITV This Morning alongside Phillip Schofield, she also presented one of the most engaging vitiligo talks id ever watched so I had to try and get her to lend her expertise to my blog, I'm so delighted that she has agreed.

Thanks so much Zoe for sparing your valuable time to give a much-needed professional insight on vitiligo, I've been asked so many questions since I revealed my condition it's going to be really tough to cover them all so I'll try to condense it. I'll start off with something very straight forward, what exactly is vitiligo?

Vitiligo is a condition that affects the skin. The skin is a complex organ that has many different types of cells and structures. Melanocytes are the skin cells that are responsible for producing melanin, and melanin is what gives the skin it's colour, or pigment. The darker your skin, the more melanin you have. When you get a sun tan the melanocytes increase their production of melanin as a way of protecting the skin from the sun.

In Vitiligo these melanocytes are destroyed leaving patches of skin that is 'depigmented' or white/pink and sometimes the hair growing from these areas of skin will also be white. This is thought to be due to the body's own immune system, which normally protects us from harmful things like infection and cancer, attacking the harmless 'melanocytes' in error. Almost as if it mistakes them as something that is harmful.

Vitiligo isn't harmful to a person's physical health, which is highly important and reassuring, but because the skin is visible to others it can affect a person's mental health, ranging from slight embarrassment to more severe conditions like depression. It can also stop people from wanting to do certain things that might reveal their skin, or affect their confidence and have an impact on their social life, such as going for a job, or on a date. Importantly though, not everyone with vitiligo is affected in this way and many people live perfectly happy, normal lives with vitiligo.

From my very limited knowledge on the subject, I know that not every case of vitiligo is triggered by the same thing, I actually get patches develop around trauma, scars etc. Do we know what causes vitiligo?

It is common to get patches at sites where there has been trauma to the skin, this actually has a special name, it's called 'Koebner phenomenon'.

Like many other medical conditions there is no known exact cause or trigger for vitiligo and it can differ from one person to the next. Genetics may play a role, and as there is an association with the immune system, it can sometimes be triggered by a change in the immune system, such as an infection.

Even though most people with vitiligo are in good general health, they face a greater risk of having autoimmune diseases such as diabetes, thyroid disease (in 20% of patients over 20 years with vitiligo), pernicious anaemia (B12 deficiency), Addison disease (adrenal gland disease), systemic lupus erythematosus, rheumatoid arthritis, psoriasis, and alopecia areata (round patches of hair loss)

When I first visited my GP as a 6-year-old I remember being diagnosed with the condition but told there was nothing they could do regarding treatment, is this still the case. If not what range of treatments are on offer to us?

It is best to not get your hopes up too much about treatments for vitiligo as despite lots of efforts they are still not great for most. Some people do see repigmentation without treatment and some treatments can be worth a try such as steroid creams and Tacrolimus cream. In some cases, phototherapy (a bit like a sunbed), oral medication or even surgery are considered, but these all come with risks that have to be carefully considered, and there's still no guarantees. Compared to longstanding patches, new ones are more likely to respond to medical therapy.

Thinks you can do to minimise your vitiligo are;

1.    Sun protection - Cover up with sun protective clothing and apply SPF 50+ sunscreen to exposed skin. White skin can only burn on exposure to the sun, it cannot tan. Sunburn may cause vitiligo to spread. Tanning of normal skin makes vitiligo patches appear more obvious

2.    Take a vitamin D supplement, as avoiding the sun is likely to make you deficient.

3.    Minimise skin injury - A cut, graze, or scratch may lead to a new patch of vitiligo

What I have learned from the last blog I did was that it's not just the physical side of living with a condition like vitiligo, it's the mental side that people find really tough. I hid mine for years due to not wanting to stand out from the pack, it's taken me a long time to get to the point where I am at not where I'm embracing the fact it makes me different. Saying that it's taken a lot for me to post the new face picture so I'm still dealing with a few issues. Is there anywhere we can go for support towards the psychological and emotional side of living with a skin condition?

If vitiligo is affecting your mental health there is help available to support with this. You can ask your GP to refer you to IAPT services which provide counselling and cognitive behavioural therapy (CBT), in fact you can often self-refer to IAPT online.

I remember being in Cuba around 15 years ago and a local getting excited and telling me they have a cure which uses placenta as the base ingredient, this has to be a joke right?

Ha ha! Not a joke but not a cure either. There have been numerous studies using Melagenine, which is extracted from human placenta, to see if it is effective in treating vitiligo. Though there have been some studies that show it to be effective, they do not stand up to rigorous and acceptable scientific standards. 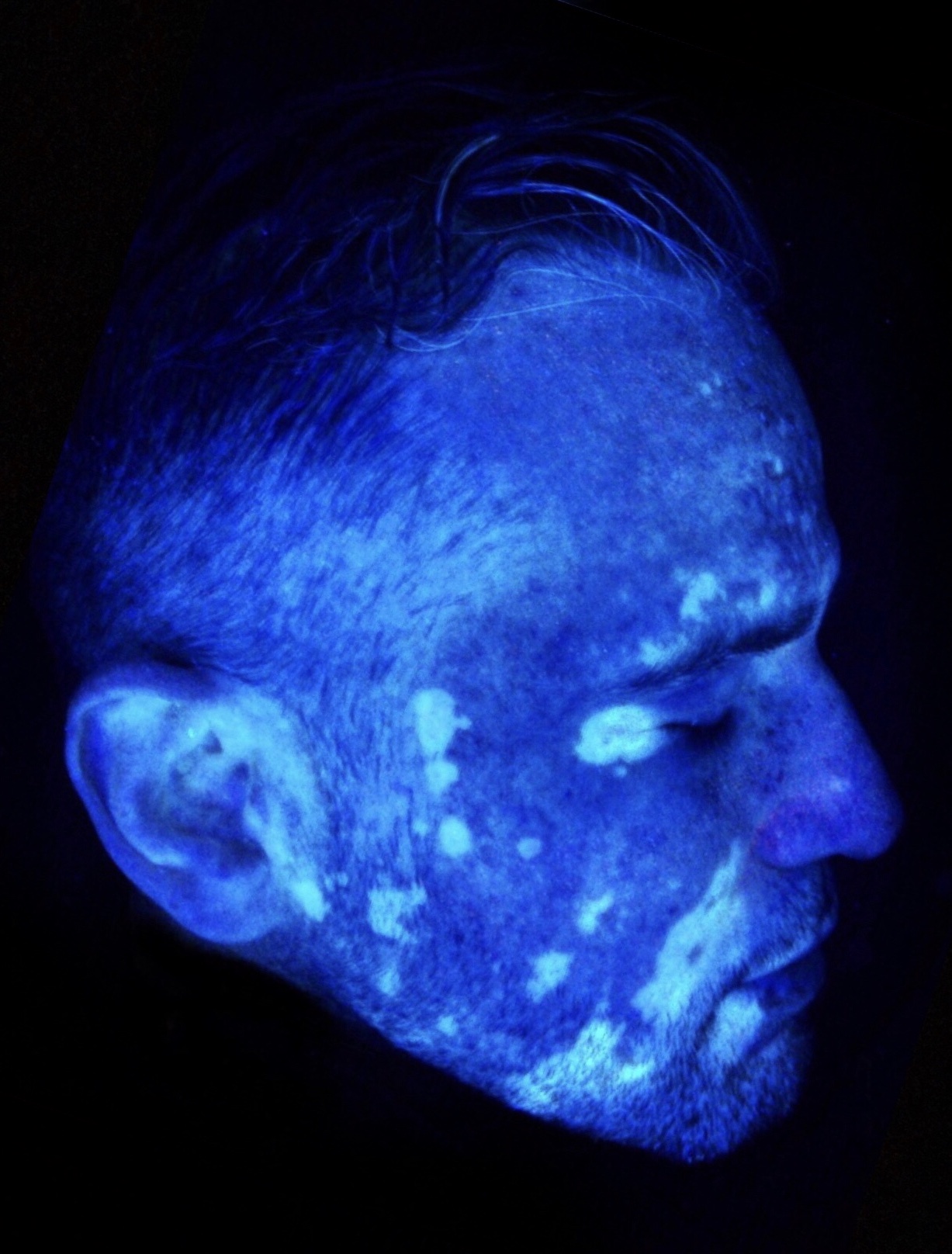 Where can we find out more information on the condition?

1.    Patient.info and nhs.uk are the websites that I always recommend for accurate medical information.

2.    British Association of Dermatologists do a great leaflet

It really has been a journey for me over the last year, I really do think I've turned a corner in regards to my own condition but it's also been a year where I've seen significant growth in regards to coverage on my face. For the portraits used in my last vitiligo blog I had actually covered these patches with make-up, so this blog tells me that I've come a long way in accepting the new areas of pigmentation. I'm proud of this and rarely wear makeup on my face these days. I wanted to say a huge thanks to Dr Zoe Williams for her incredible advice, you can follow her on Twitter and Instagram @drzoewilliams